WMDF often gives rise to collaborations between overseas and Japanese artists. This year, we recommend this Senegal-Japan combination! 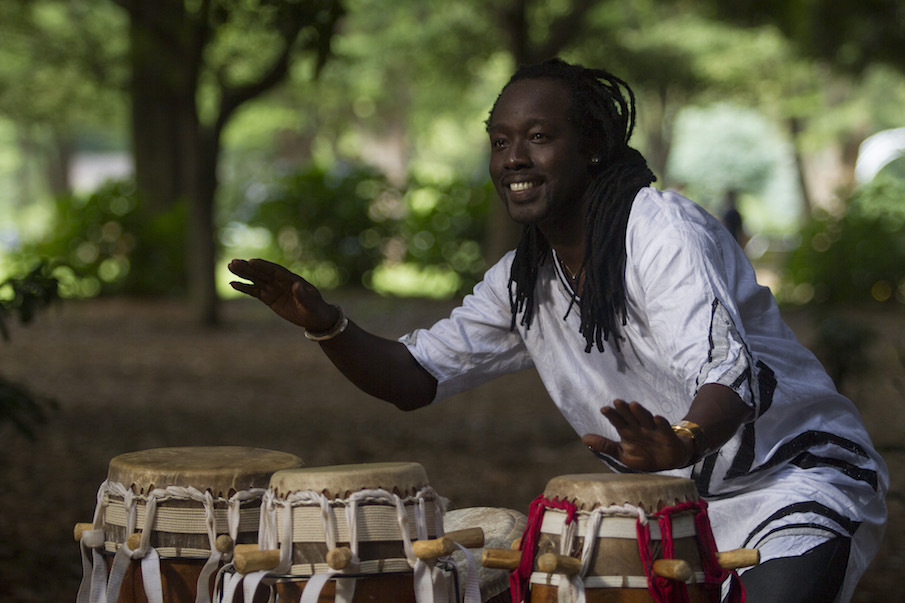 This 3-person collaboration is named “Safaiko”, combining the Western African Wolof language’s “saf” and the Japanese language’s “saiko,” which both mean “best” or “the greatest”.

Mamadou Lo was born into a family of Senegalese griot or traditional storytelling musicians. He became a professional percussionist at the age of 14 and came to Japan for the fist time in 2000. He has collaborated with international musicians and is a percussionist that even Stevie Wonder loves! Mamadou believes the drum sounds are his words and the sounds are coming from his heart.

Professional dancer Ndeye Arame Lo was born in Senegal. She is one of the few performers talented in all genres of Senegalese dance including the Wolof Sabar and the Mandinka Serouba. She has performed with the famous singer Hassan Njgi and toured Senegal and Europe. This is her first visit to Japan.

When he was still a student at Hokkaido University, Yamakita Norihiko became obsessed with drumming while collecting insects in Cameroon.  He believes in creating music on self-made instruments. He invented a small percussion instrument called the “Narunaru,” which he produces from nuts found on the island of Amami, where he lives and works.

As well as large groups of dancers and solo performers, WMDF brings you many music groups and bands. We think you will love our lineup this year! We start our profile announcements of music groups with this great trio from India. 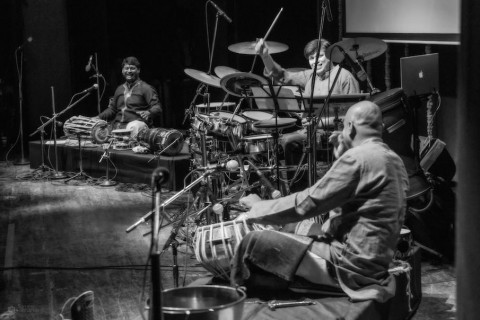 Triaum comprises three young artists, Amit Joshi, Anup Joshi & Manoj Bhandwalkar, who have devoted themselves to various percussion instruments. The group aims to create universal music that goes beyond the boundaries of language, ethnicity and culture by combining the sounds of a variety of the ancient instruments of India such as Pakhawaj, Tabla, Daf, Dholak, Dholki with modern acoustic & electronic instruments such as the Octopad, Western Drumset, Djembe, Bongo, and Darbuka. WMDF thinks you will find something truly fresh in the synchronised sound and lighting of TRIAUM’s varied and thematic musical creations.

Yesterday, we introduced one of our large dance groups new to WMDF. Today, we are really glad to welcome to this year’s event an act that is a repeater, and also holds the stage as an individual. Kateryna, WMDF has undergone many changes since we hosted you in 2010: we hope you will be impressed! 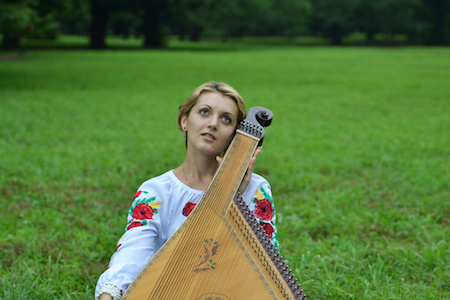 Kateryna was born in the town of Prypiat in Ukraine. From childhood, she was introduced to traditional Ukranian music through the indigenous instrument, the bandura. She first visited Japan as a 10-year-old. After formal studying of music in the Ukraine from the age of 16, she returned to Japan in 2008 to further the understanding of Ukranian culture.

The bandula is a traditional Ukranian instrument that combines the appearance of a harp with the frets of a guitar. The bandula used by Katerina has over 60 strings and weighs more than 8 kilos. Her performances feature Ukranian traditional music, folk songs and popular songs, as well as Japanese songs. As a veteran of 2008 and 2010 WMDFs, we are really looking forward toseeing what Kateryna thinks of the progress of our event! Check out her CDs, “Banduriste” (2008) and “Banduriste II” (2014).