For a change, here is a screen capture from a different weather site!

It doesn’t look particularly good, but WMDF will be running on Aug 10. Please note: 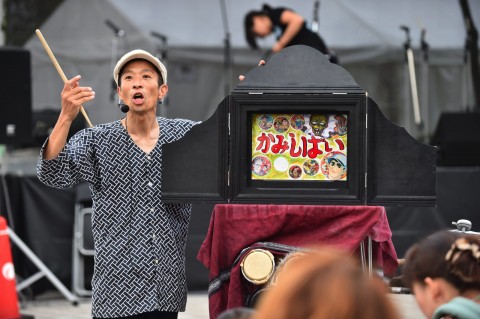 A drama unfolds; but unlike most dramas this one does not take place on stage or a set. There are no actors or lines or lights to be processed, cut and edited for broadcast at some distant point in time and space. This drama takes place in front of the stage, right in front of the spectators; and here they come face to face with a once forgotten legend: the storyteller.
The kamishibai performer presents picture scroll upon picture scroll, each picture telling a unique story of their own. His stories may us lend a clue about the nature of the rising wind and its plan for the tomorrow’s WMDF – but we won’t know until the last board has been drawn.
His craft too tells a wondrous story of its own. The simple yet sophisticated technique with which he spellbinds his audience is practice which belongs to the past just as much as it does to the present.
Night five and the music is still running from the park and into the streets of Hakodate. We’ll soon know if it does tomorrow as well. 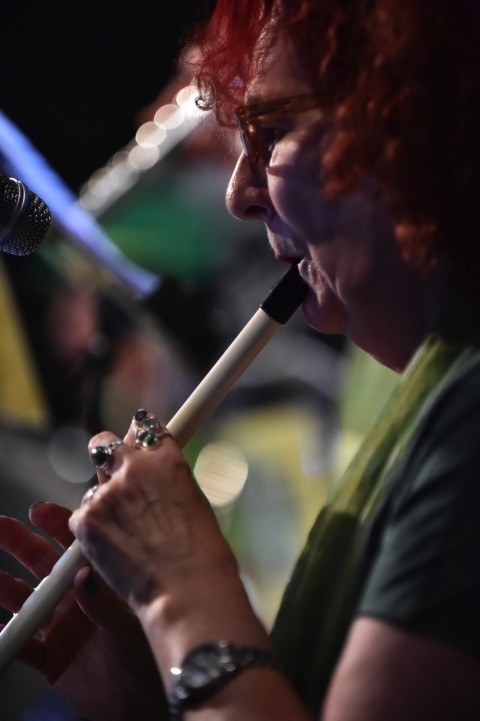 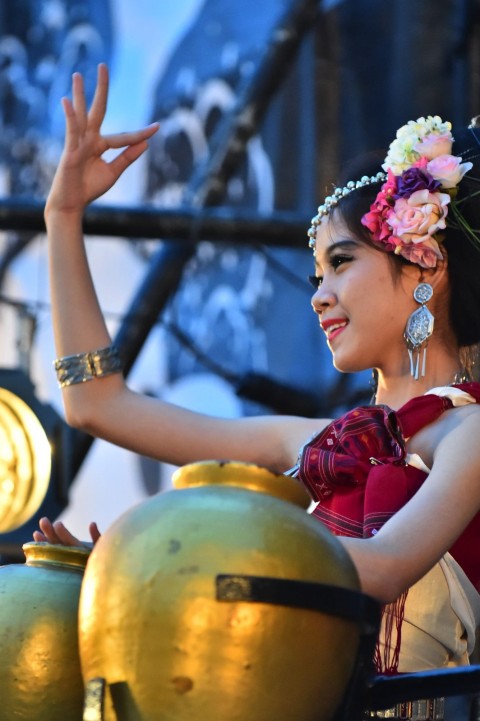 With flowers in her hair and grace in hand, the Thai dancer smiles – and what a wonderful smile. Her eyes brim with a joy only a performer can bring to stage and produces a transcendent warmth which reaches from the tip of her fingers to the audience – and all the way up into the sky.
The good energy brought to us by both performers and festival goers have finally granted us an occasion of good weather. Throughout the day, rays of sunlight shone upon the festival grounds in Motomachi park, bringing together good mood, good music and good people under the setting sun.
The last daylight lingers faintly in the crystals adorning the WMDF tree; and as the sun slowly dies out, the festival comes alive. Colorful banners and cozy lights sets the stage for the rhythms and beats of the world – and festival goers seeking to escape the chill of the night can find a bit of entertainment in the music box player at the front on their way out. The bells and cylinders of this wondrous instrument plays the tune of irony： “Raindrops keep fallin’ on my head~”. 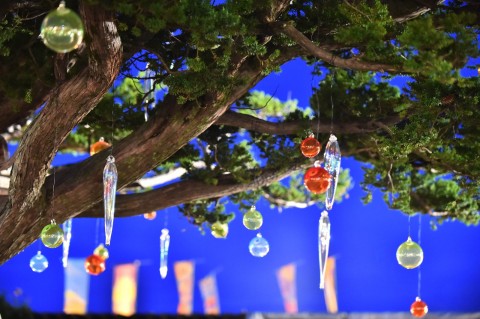