This year, Lithuania marked the 25th anniversary of its declaration of independence from the Soviet Union (it was the first Soviet republic to declare independence). WMDF is  happy that we can help to spread the celebrations to Japan! 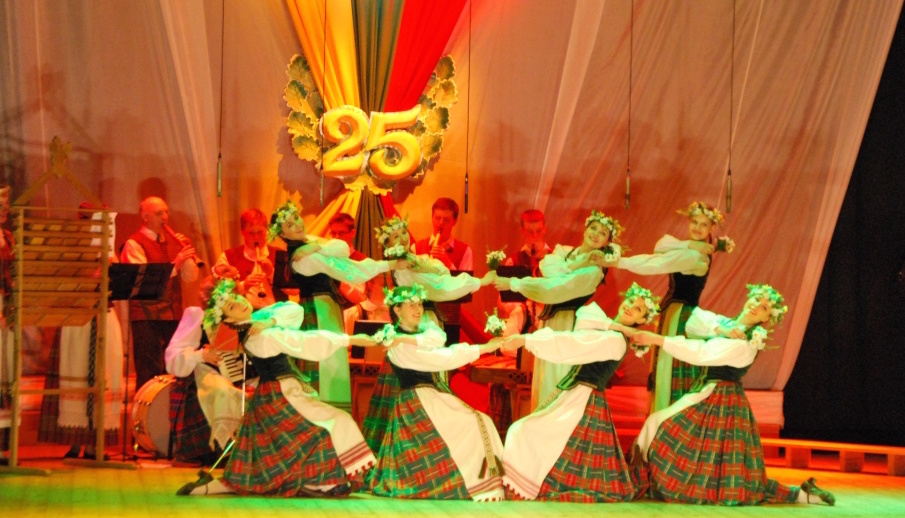 This folk dance ensemble has a history stretching back to 1978, and took the title “Grandinele” in 1992. This name means “chain”, which illustrates the group’s philosophy of never-ending youth: dancers join “Grandinele” as little kids; they grow up with traditional dances and music; then they help to teach the new kids that have joined. In this way, each generation continues the traditions of their fore-runners and also creates their own new ones. The Ensemble “Grandinele” represents the northern region of Lithuania and dances Lithuanian folk dances, roundelays, games and also the newest folk stage compositions. They have an impressive record of performing in many countries around the world; WMDF hopes they will create many new traditions with us, on their first ever appearance in Japan.