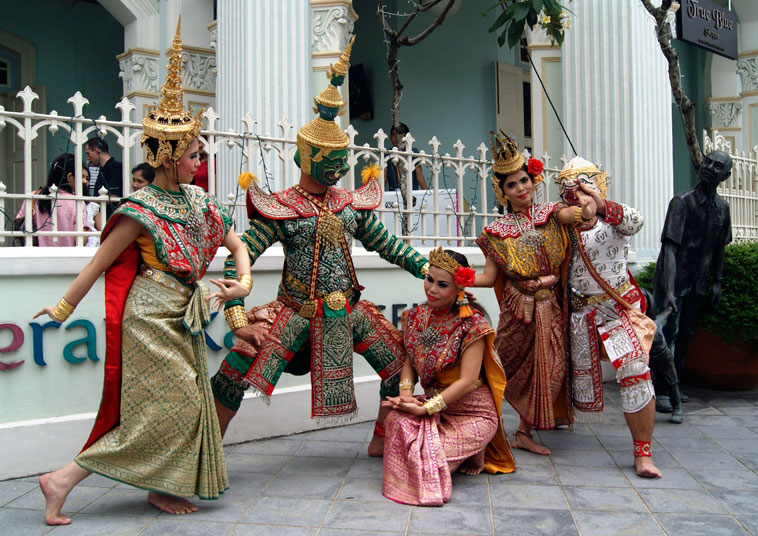 Absolutely Thai was established in July 2008 under the umbrella of Kansadaeng Watthanatham Co., Ltd. (Cultural Performing Arts) by Ms. Paphutsorn Wongratanapitak, also known as Ms. Koong, who has more than ten years’ experiences in teaching, performing and promoting Thai cultures overseas. Ms. Koong began learning Thai dance at the age of five from well-known national artists at the Royal Palace “Ban Plai Noen” in Bangkok. She is now in demand internationally in diverse roles including performer, event organiser and speaker.

The aim of Absolutely Thai is to create a better understanding of Thai cultures and traditions across the world, and to encourage greater harmony and unity among countries through appreciation of cultural differences. The group specialises in Thai, Indonesian and Southeast Asian traditional performing arts.

Absolutely Thai serves communities as an “edutainment (education + entertainment) Thai traditional performing art group”, educating as well as offering opportunities to the younger generation via cultural performing arts. So the group often collaborates with educational institutes and organisations as well as working closely with artists from Asian & Western countries.

For our Festival, Absolutely Thai is teaming up with Kamphaengphet Rajabhat University as well as Rajprachasamasai Phaimathayom Rachadabhisek School. They are both well known for their cultural activities as well as beautiful traditional performances. They will showcase traditional performing arts from the four regions of Thailand: the North, the Northeast, the Central and the South. The different lifestyles and beliefs of each region can be seen from their performances.

Absolutely Thai has appeared at and organised festivals in many countries, including Singapore, Indonesia, Malaysia, Norway, Taiwan, Slovenia, Pakistan, USA, and the UK. WMDF is absolutely proud to add Thailand to its growing portfolio of artist countries.