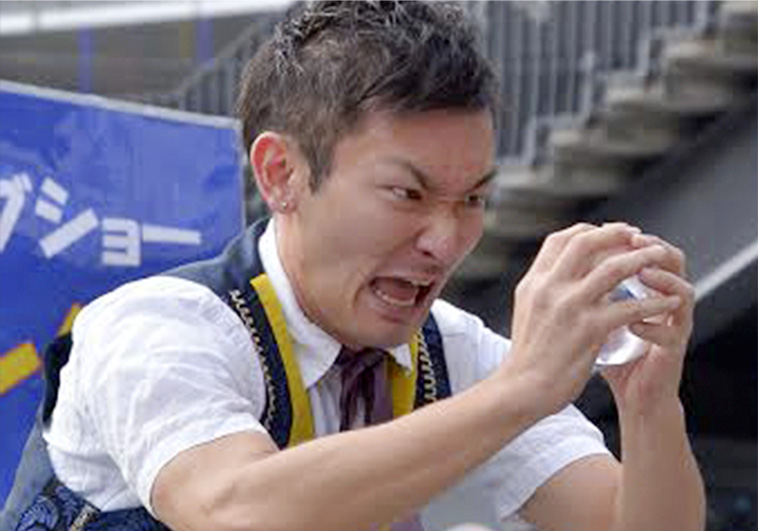 Bonbangoo has been performing since childhood, and has appeared in movies and in films in Japan and overseas. In 2005, he won the gold medal in the junior section of the world juggling championships for his original performances and his expressive power. On graduating from high school, he became an official member of Japan’s long-running “Muscle Musical”. Bonbangoo travelled from Hokkaido to Okinawa with the Muscle Man troupe, and now puts all his experience to good use as he takes his exciting show across the country as a solo performer. He has become a WMDF regular since 005.