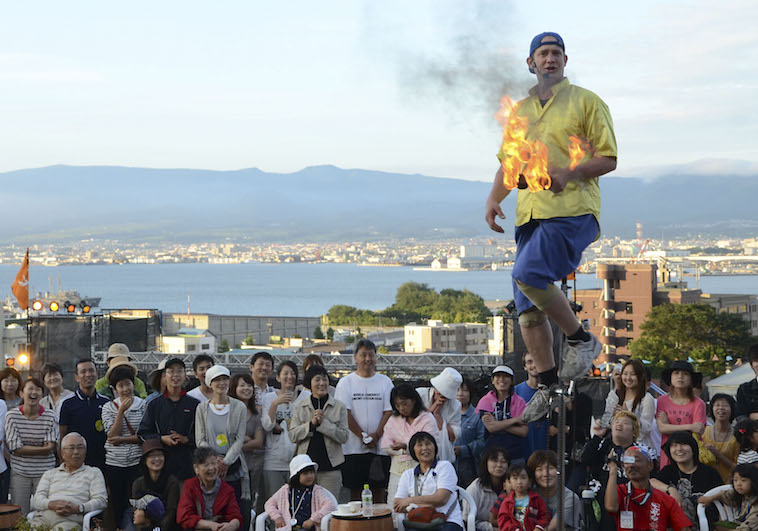 Originally from the farm community of Knightstown, Indiana in the United States, Brian began his professional performing career as a comedy juggler in 1986 at the age of seventeen. Since then, he has performed throughout the United States and around the world. Brian has become a stalwart supporter of WMDF, sharing both his awesome performances and his in-depth production knowledge. We are really grateful for both. For 2016, Brian will be helping publicise WMDF, with performances at the “Hakodate Gourmet Garden” event by Hakodate Station that the City Hall is staging to mark the arrival of the Shinkansen in Hokkaido.