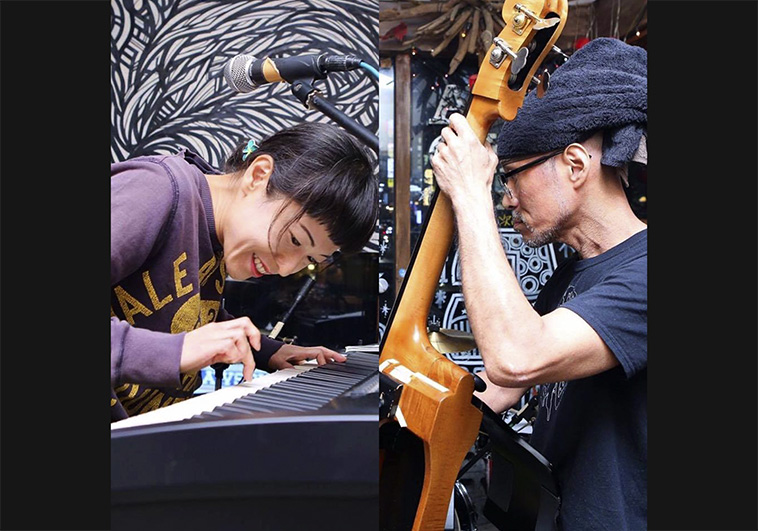 This duo takes its name from its two members: Eri Konishi on piano and Toshiya Mori on bass and drums. Eri loves reggae, and formed her first music group “Copa Salvo” in 2000. She is now a prolific performer in many bands and collaborations. Mori is an afficianado of Caribbean music and like Eri started out his musical life as a keyboardist. After studying French Horn at university, he now plays a wide variety of instruments, including drum, bass and guitar, and has become known for his familiarity with Jamaican music such as ska, rocksteady, roots and dancehall. For WMDF’s 10th anniversary, we bring you the special bonus collaboration of guest appearances by the much in-demand mix engineer Uchida Naoyuki, a member of Oki Dub Ainu Band.