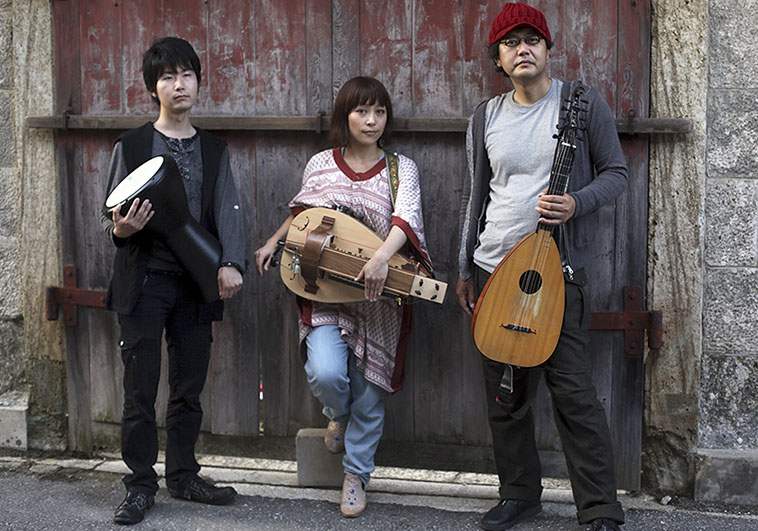 Tatsushi Toritani has explored Nordic music for the past 20years. Since 2008, the trio of Kanran has shared Nordic music with the world from their base in Matsuzaka, Japan, regarded by some as a sacred place for Nordic music. The group features Ayako’s “Nordic  Miracle Voice” and medieval hurdy gurdy organ, Tatsushi’s hand-carved lute and Kareem’s Middle Eastern “darbuka” goblet drum. This aggressive playing trio invites all to listen to their sounds from the deep Nordic forest. Their first album “Song of the Earth” was released in 2012 and received praise both in Japan and abroad. The group actively develops through many collaborations with Nordic musicians.