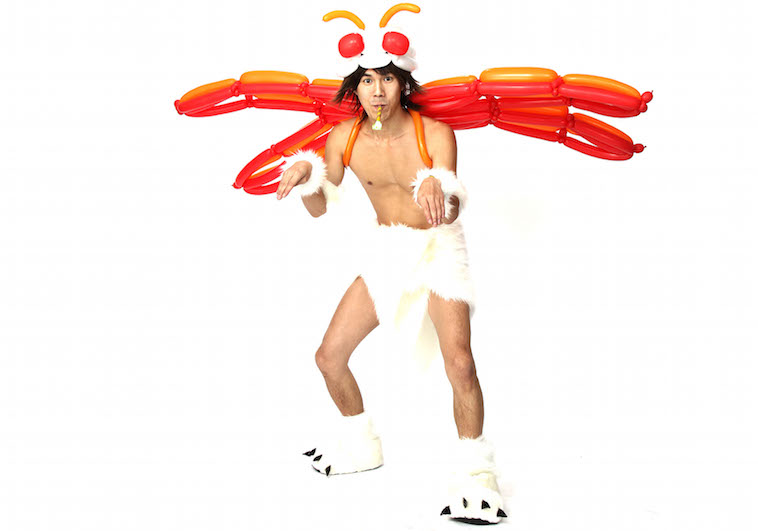 In 2012, while working as part of the disaster relief tour organised by the well-known group TUBE, Zarkey realised that balloons were his vocation. After that, he gained a performance license in Tokyo in just a year, and performed at the Street Performers World Cup in Shizuoka. His theme is always animals, and his unusual style, from his half-naked Tarzan-like attire to his teaching about biology and animal-related special knowledge, transports anyone into his funny and hilarious world.