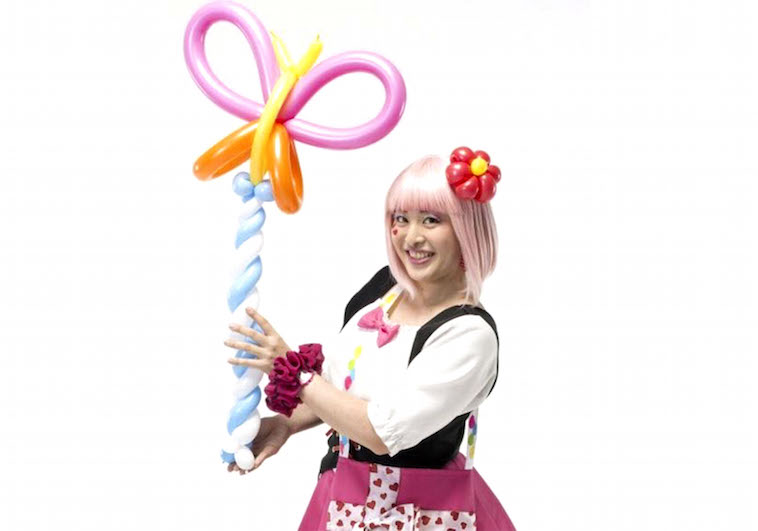 This singing balloon-performer brings “the magic of the smile” to all generations. She draws inspiration for her expressive performances from experiences as a nursery school teacher and as an actress. Her combination of balloon art with folk songs has led to her also being called the “singing diva of the balloon world”. As well as her performances, she is famous for original balloon art creations. She was crowned champion of the “cute balloon art” event “QBAC” in 2013, and at the “JBAN convention” her team won the championship in the large-sculpture division for three years in a row from 2013 to 2015. Both as a team member and as a solo performer, she is one of the most talked about female balloon artists in Japan.