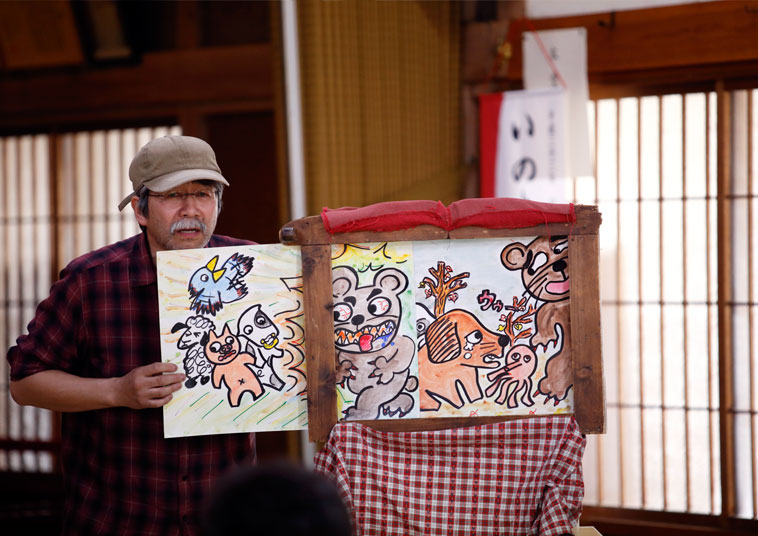 Originally from Asahikawa, this 54-year old spends his time making chairs in the “Zousan Studio”, whilst also singing, putting on plays, and performing “kamishibai” (a kind of storytelling native to Japan, where people speak to a series of pictures). The songs he likes are based on Japanese events such as “The song of the man kidnapped by Kappa”, and “The Hinoki-ya Travelling Band Song”. His interest in the theatre arose from influence of the Japanese playwright and director Tsuka Kouhei. From 20 years ago, he started making his own original picture-story shows such as “I am Buhi-kun”, “The Sapporo Tomoe Kindergarten”, “Kids Club Nantara-Kantara”, “Kindergarden in the Forest Pippara”. He has established for himself a reputation as an “Interesting Uncle” in the world of storytelling.