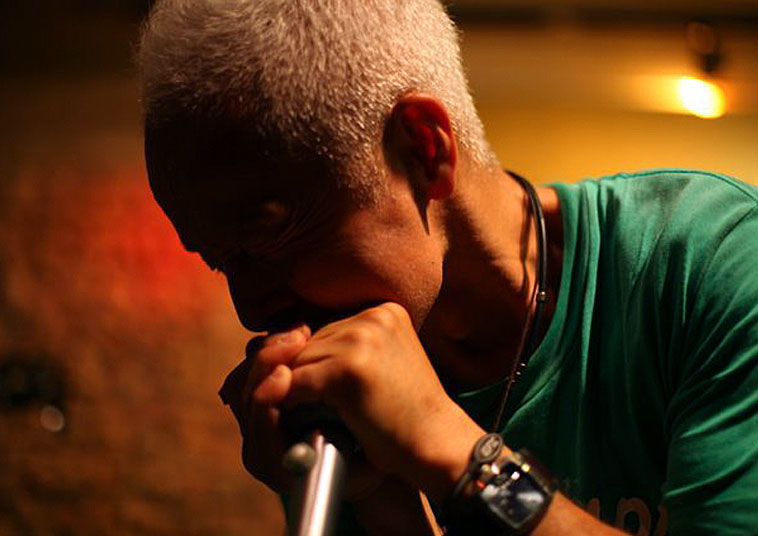 Born in Tokyo in 1952, Nobuo Yagi taught himself the diatonic harmonica from the age of 14, later studying under the renowned Japanese player Joe Sakimoto. He became famous as a member of the Curtis Creek Band that led Japanese fusion music in the 80’s. He wrote the theme tunes of TV programs such as “From the North Country” and “Detective Story”. He is one of the most important individual singer/musicians in Japan. In 2013, he released his first solo album for twelve years: “Miyako island” from Book Ridge records.
http://sound.jp/yagi-nobuo/