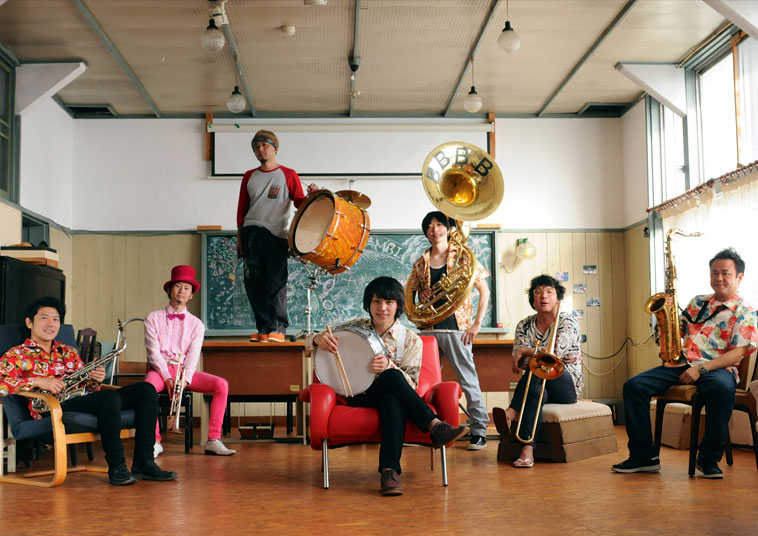 Starting out on the streets, the Black Bottom Brass Band picked up a quick following. This can be credited to their unique and energetic performances. In 1996 the band was signed by Pony Canyon Records and later in the year they released their first major-label CD. In 1997 the band travelled to New Orleans to play and record record in the city where many of the musicians who influenced them began. Their trip state-side did not go unnoticed and they received several write ups in local newspapers and magazines. They still have many friends from the trip and continue a constant dialogue with the city and culture of New Orleans. Since the release of their debut album, Black Bottom Brass Band has had the opportunity to work with artists from many musical genres, and with many famous Japanese artists. They have released 18 albums since 1996. In June 2013, they released their 20th Anniversary album “HARU-UTAGE”. The band enjoys visiting schools and holding workshops and mini concerts in the hope of spreading their joy for music and inspiring youth in a positive direction. Their widespread sphere of activity does not stop at concerts, workshops and collaborations: they have also produced music for film, television shows and commercials.